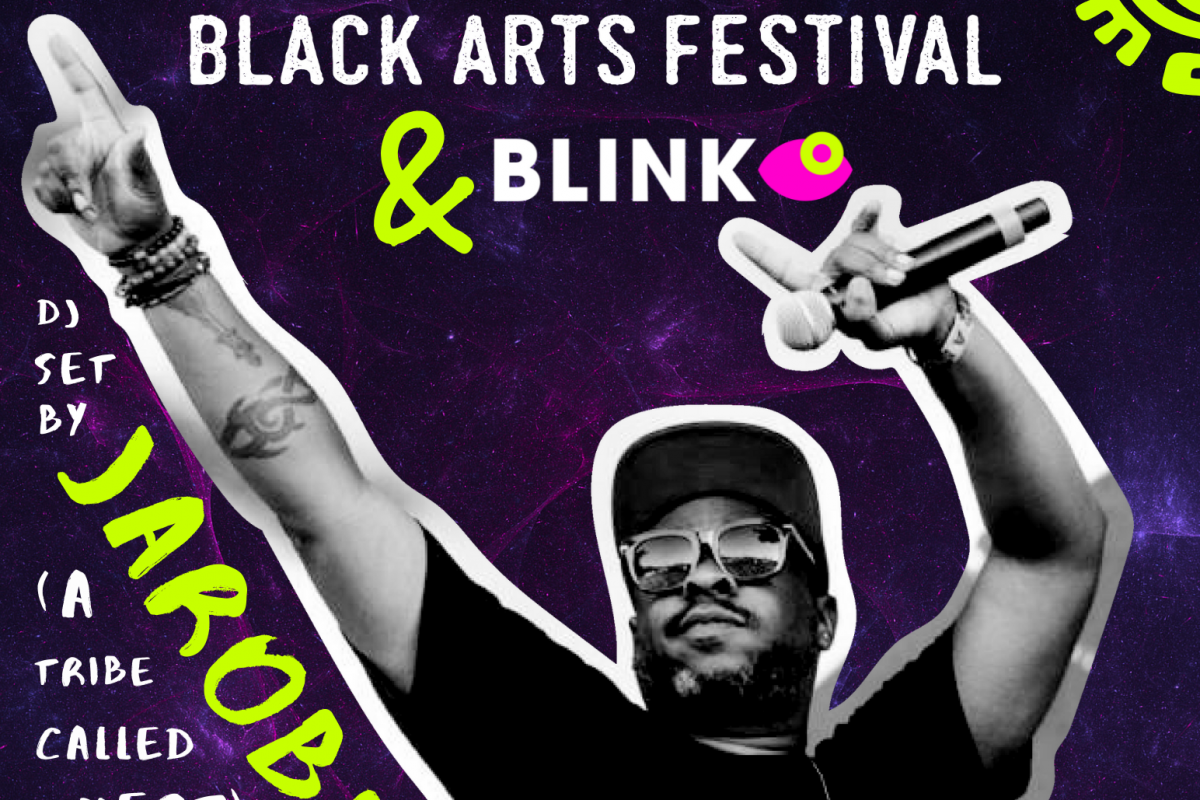 Jarobi White, founding member of the legendary hip-hop group A Tribe Called Quest will light up
Cincinnati's Hip-Hop Heads with his "out of this world” DJ set on October 21, 2022 at the Woodward Theater in Cincinnati, Ohio. Jarobi is the one who introduces the members of the group, calling himself "the mystic man" at the end of the opening track of Tribe's 1990 debut album, “People's Instinctive Travels and the Paths of Rhythm”. (1990)

This album garnered critical acclaim and earned the first five "mic” rating in The Source's (Hip-hop magazine) history!!! We hear him prominently featured on Tribes last album, “We Got It From Here ... Thank You 4 Your Service” (2016) right before the passing of his homie and fellow founding group member Phife Dawg. A Tribe Called Quest was the most commercially successful act in the Native Tongues collective, with all six of its albums certified either gold or platinum.

Jarobi serves up a hot flavor filled set of upbeat sounds and grooves from his youth in the 1970’s and up through the 80's, 90's to the present. He describes himself as "a tour guide" on Tribe's first album, "providing the vibe backbone" with smooth like butter intros and outros ... exactly what his DJ set feels like, as he guides you through decades of Black Culture with Hip-hop party anthems old and new, along with R&B, Worldbeat, Soul, Pop and Trap!!!
You'll hear some Tribe joints, but you are more likely to hear music the group sampled. Jarobi's library, organized by beats per minute, covers everything from Frank Ocean to Ghostface Killah to Michael Jackson. He’ll keep you sweatin' on the dance floor and lovin' every moment of it!!!
Napoleon and Kimberly welcome Jarobi White to the 4th Edition of the UnderWorld Black Arts Festival!!! Joining Jarobi for this Celebration of Hip-Hop are several exciting Cincinnati artists (TBA).

PLUS Very Special Guest:
Vince Fraser “The Artivist” with his AfroFuturist projections (from London, UK)!

Presented in conjunction by BLINK Cincinnati.

A Black History Salute To The Great Revolutionary Haitian General.

Official Music Video: The Liberation of L'Ouverture's Spirit by the Black Napoleon: https://www.youtube.com/watch?v=NxFswQZ-DVw

Review of L'Ouverture de Toussaint that debuted at the legendary New Morning venue in Paris, France on February 23, 2022: https://www.soulbag.fr/louverture-de-toussaint-new-morning-paris/