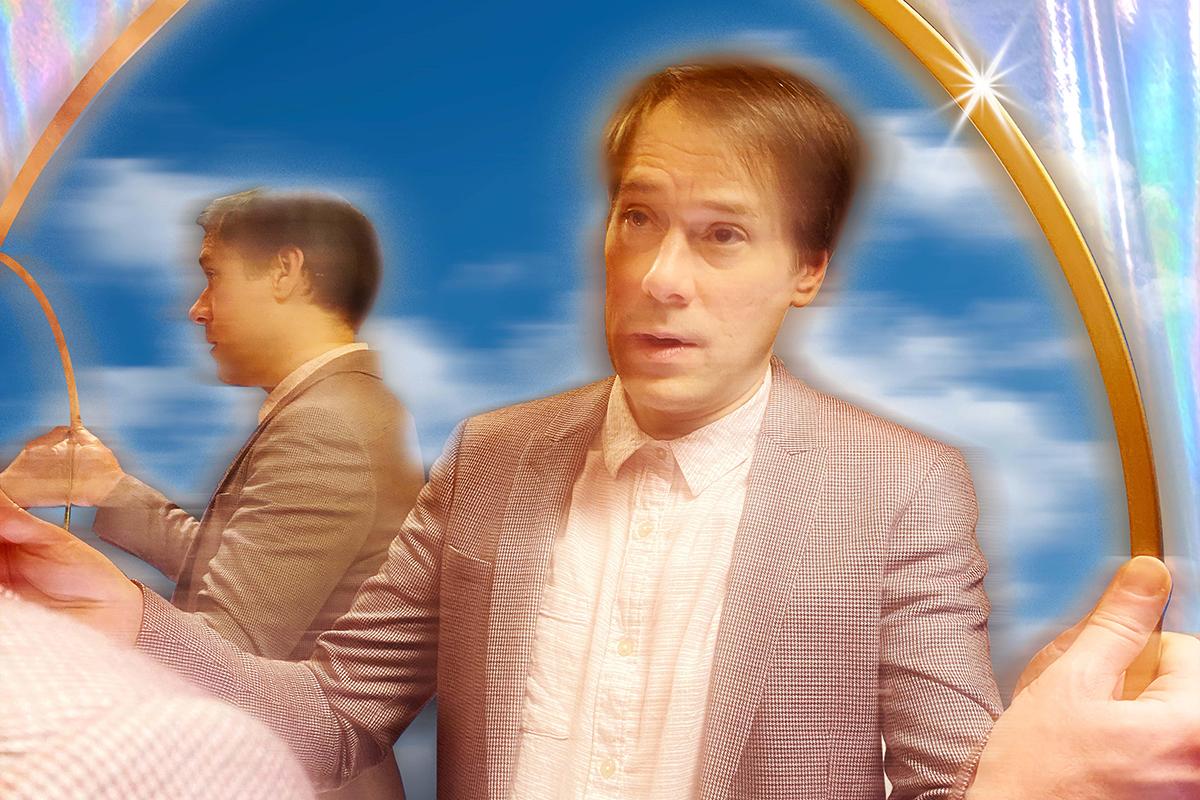 When creators f<ck with how we experience time and space, great fictions emerge: Clive Barker's Imajica, Andrei Tarkovsky's sci-fi classic Solaris, and Godard's Alphaville. But what happens to artists when the flow of time gets f^cked up IRL? When an hour stretches into eternity, and the voices in your head begin to echo through empty rooms? If you’re Kevin Barnes, the creative visionary behind of Montreal, Freewave Lucifer f<ck f^ck f>ck happens.
Isolation and uncertainty loomed throughout the genesis of the band’s latest studio album. “The experience of just trying to keep my head above water and navigate through the last couple years played a huge role in this record,” says Barnes.

These expansive selections contrast markedly with the focused pop of 2020’s UR FUN, which was crafted for visceral thrills and the concert stage. As it was for countless musicians around the world, the inability to tour eliminated one of the linchpins of Barnes’ creative process. “I didn’t know if we’d ever tour again, so I didn’t consider that side of things.” Denied social interaction and diverse experiences, Barnes delved inward.

Barnes contemplated how time functions in music and experimented accordingly. These new songs, dense with ideas but short on repetition, feel epic in scope despite reasonable running times. Like the staircases of M.C. Escher’s Relativity, the discrete sections of “Marijuana’s A Working Woman” and “Blab Sabbath Lathe of Maiden” crisscross and pivot, confounding the senses yet commanding attention.

The imagery and sentiments that bubble forth from Barnes’ lyrical wordplay prove equally disorienting. “Is it important to say black chrome rodents?,” asks Barnes on “Après The Déclassé.” Phrases borne of free association took on new meaning when introduced into a song. “It’s like collaborating with my subconscious in a way. It feels deeply personal, even though I don’t necessarily understand it at that moment.”

Barnes likens their compositional process to making collages from seemingly unrelated source materials, combining them in provocative ways to reveal new meanings. “I wasn’t working with specific themes that I wanted to try and stretch over a three-minute pop song. It was sewing together a lot of fragmented thoughts,” which ties in nicely to the ‘freewave’ aspect of the album title’s meaning. As Barnes explains,“Freewave is my term for wild and intractable artistic expression. Lucifer is the angel of enlightenment and elucidation. Fuck is something we say when things are going really well, or really badly.”

As for anything else going on behind the scenes during the genesis of Freewave Lucifer f<ck f^ck f>ck, Barnes opts to preserve the mystery. “Sometimes in the past, I felt it was important for people to know certain things, so they could get into a specific headspace.” Not this time. “The last couple of years laid a heavy trip on everybody’s psyche. There are plenty of universal things here to identify with.”

CHECK OUT this official video for "Marijuana's A Working Woman": https://www.youtube.com/watch?v=4sVDyVvhxkw

Locate S,1 is the stage name of American musician Christina Schneider.
Schneider began her career making music in various projects, such as C.E Schneider Topical, Christina Schneider’s Genius Giant, and Jepeto Solutions. In 2018, Schneider began making music under the moniker Locate S,1. Schneider released her first full-length album under the moniker that year, titled Healing Contest. The album was produced by Kevin Barnes of Of Montreal. In 2020, Schneider released her second album as Locate S,1 titled Personalia, via Captured Tracks.
CHECK OUT this official video for "Personalia": https://www.youtube.com/watch?v=ACW_xHew3Po